Of course, the construction of the 2019 Mets roster and preparation for the season began long before now, as Van Wagenen took over the job of Mets general manager on October 29, 2018. It was an outside the box move for Mets ownership, one that will be highly praised if it works, and one that will be highly criticized, if it doesn't. From that standpoint, the Mets are in an all-or-nothing situation, right from square one. Chief Operating Officer Jeff Wilpon already has his detractors for various reasons. An epic fail this season would only grow that crowd exponentially.

As far as the Mets team itself, and the 25 players that will be heading to Washington, there aren't necessarily any blockbuster surprises here. Instead of stating the obvious, I will go over what was in question for pretty much all of spring training.

I'll start with Pete Alonso as the Mets opening day first baseman. Seeing that Alonso will get the start against Washington starting pitcher Max Scherzer - and hit third in the lineup behind second baseman Robinson Cano, it sends a clear message that Alonso is here to stay - at least that's the goal. It was tough decision between Alonso and Dominic Smith, but it would appear that Alonso will see the majority of the playing time at first base, and Smith will have to get in where he fits in. Of course, anything can happen over 162 games, but right now, I'd say Alonso is the guy.

Over at third base, with the injuries to both Jed Lowrie and Todd Frazier, that puts Jeff McNeil right in the driver's seat. McNeil hit .319 last season in 225 at-bats for the Mets, and showed no signs of slowing down in spring training. Assuming McNeil continues to hit, can his glove secure him the third base job, even when Frazier and Lowrie do return?

With the absence of Yoenis Cespedes(which is an entirely different blog post), the Mets will try and make it work with Brandon Nimmo, Juan Lagares, and Michael Conforto in the outfield. Now, the most will be expected out of Conforto, who hit .243 with 28 home runs and 82 runs batted in for 2018. Lagares has the speed and talent to catch up with any fly ball hit near his direction, but he comes off a season-ending toe injury last season. As for Nimmo, can he become a full-time sparkplug for the Mets at the top of the order?

Wilson Ramos behind the plate should give the Mets some needed experience, with Travis d'Arnaud as the backup. Tomas Nido apparently makes it as the third catcher, leaving Devin Mesoraco out in the cold of Syracuse. or even elsewhere.

In terms of the pitching staff, it was abundantly clear that signing Jacob deGrom to an extension was top priority, and the Mets were finally able to get that done with a 5-year, $137 million contract extension. This will allow deGrom to just go out and pitch, and give the New York media something else to pester players and management about. Yes, the time will come to address the long-term status of pitchers such as Noah Syndergaard, Zack Wheeler, and Steven Matz. Luckily for the Mets, that time is not right now. Obviously, the health and performance of the Mets starting pitchers will be paramount to their success or failure in 2019.

Edwin Diaz makes his way to New York to become the Mets new closer, but what will the rest of the bullpen look like? Tim Peterson was a guy that intrigued me last year, but we'll see if he can get his earned run average down from the 6.18 number that was clearly not good. I have always contended that the Mets need two lefties out of the pen, and this year, Luis Avilan will be one of them. Avilan pitched to a 3.77 ERA last year, mostly with the Chicago White Sox. Regardless who ends up in the bullpen to start the season, that is an area that will most likely be in a constant state of flux, as most bullpens seem to be these days. 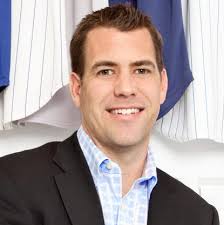 At this point, it's time to lace 'em up, and go with the best 25 guys that you have. Whether or not that will be good enough for this Mets team remains to be seen. For general manager Brodie Van Wagenen, there's a lot riding on those 25, and
a lot on the new Brodie Van Wagenen era.
at March 27, 2019

Listen, I do not necessarily want to join the groups of people who are cynical of the Mets 5-2 start to begin the 2019 baseball season....